The Mühlbacher Klause: a popular destination 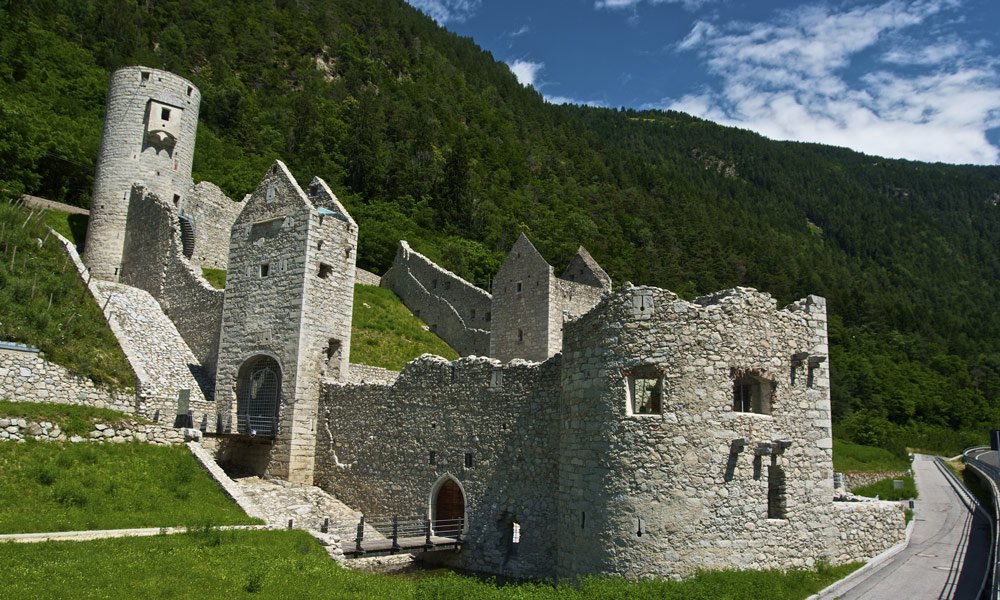 From the Mühlbacher Klause (a former separation barrier) it remains today only a castle ruin, which is located a few kilometers north of Brixen in Mühltal. Located at the entrance of the Puster Valley, this is a popular destination which is part of a long hike. The impressive complex is divided into an upper and a lower part. This area is very well preserved and was formerly inhabited. In the upper part the left round tower is also preserved, while the right tower was unfortunately damaged during the construction of the Puster Valley’s railway. In addition to the towers and the walls at the Mühlbacher Klause there are also a former blacksmith and several stables. Especially the Emperor Tower, which was used by Emperor Maximilian I for his hunting things, has mainly gained popularity.

The chapel on the Fane Alm 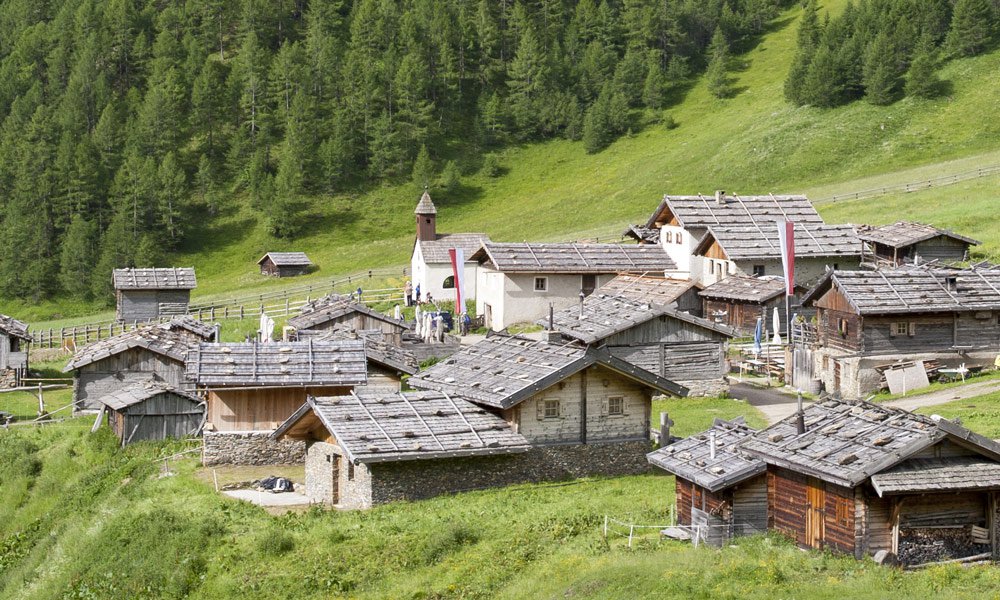 The Fane Alm itself lies at an altitude of around 1,740 meters above Vals. The wooden houses in traditional timber construction had formerly served as a refuge and are now the starting point for many hikes. In 1898 here a chapel was built, which is decorated in an alpine style architecture and therefore fits perfectly into its surroundings.

The Parish Church of St. Andrew 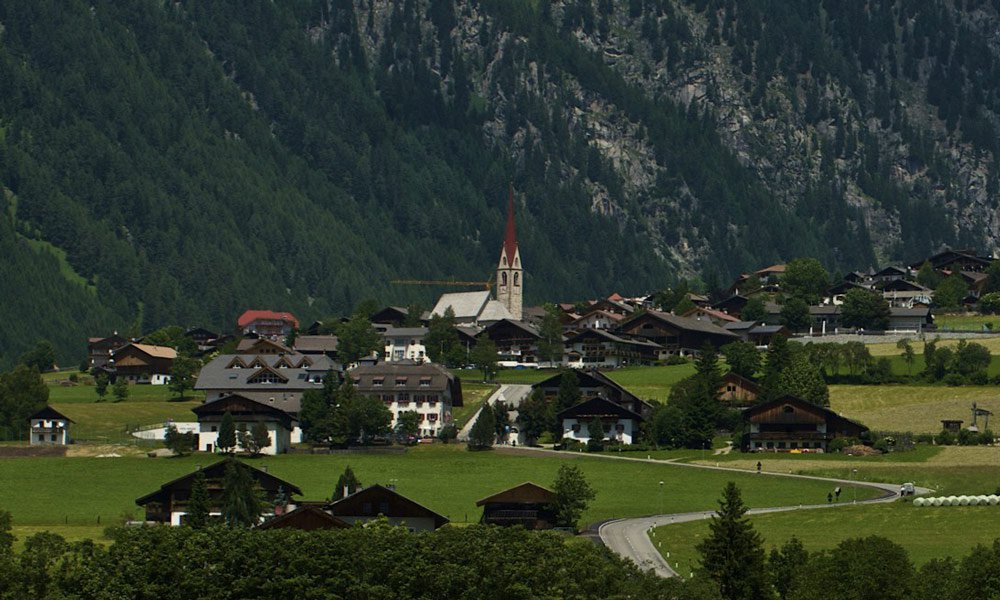 A particular treasure is the parish church of Vals. It was built already in 1341, but renovated in the 15th century. The appearance is characterized mainly by a rectangular tower and by pointed arch windows. The interior is decorated in a neo-gothic style. Combine a visit to the parish church with a round walk through Vals and surroundings.

The Rodenegg Castle: to be reached in a few minutes from the Hotel Kaserhof 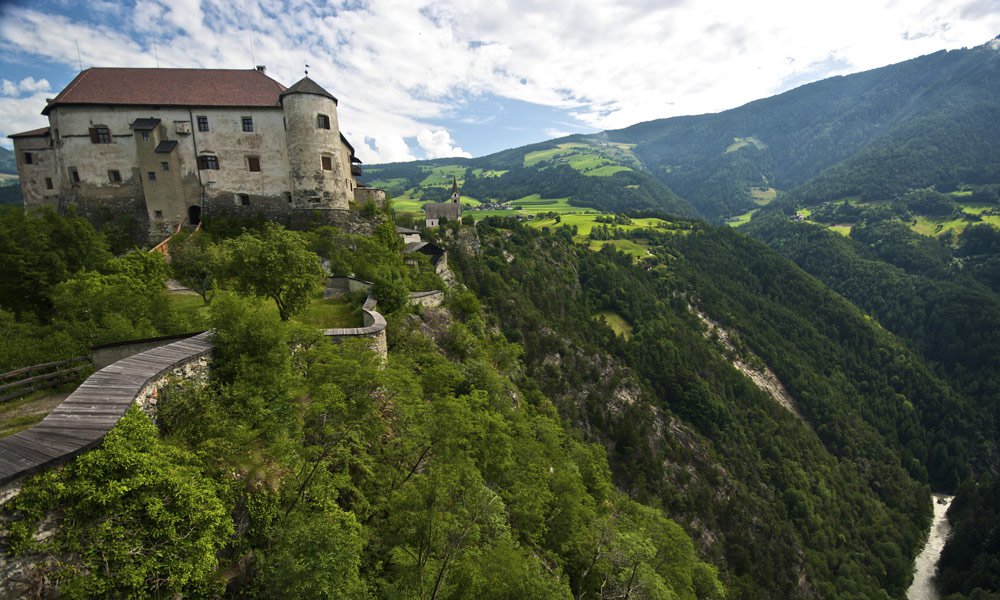 In the vicinity of the Hotel Kaserhof there is the Rodenegg Castle. It stands on a promontory overlooking the Rienz Gorge and offers an unique sight. Built in 1140 as a fortress, it is still partially inhabited today. Moreover inside there are located a museum and various original pieces of furniture. A special tourist attraction is a fresco cycle, discovered in 1972 and now exposed.

Brixen: the most famous city in South Tyrol 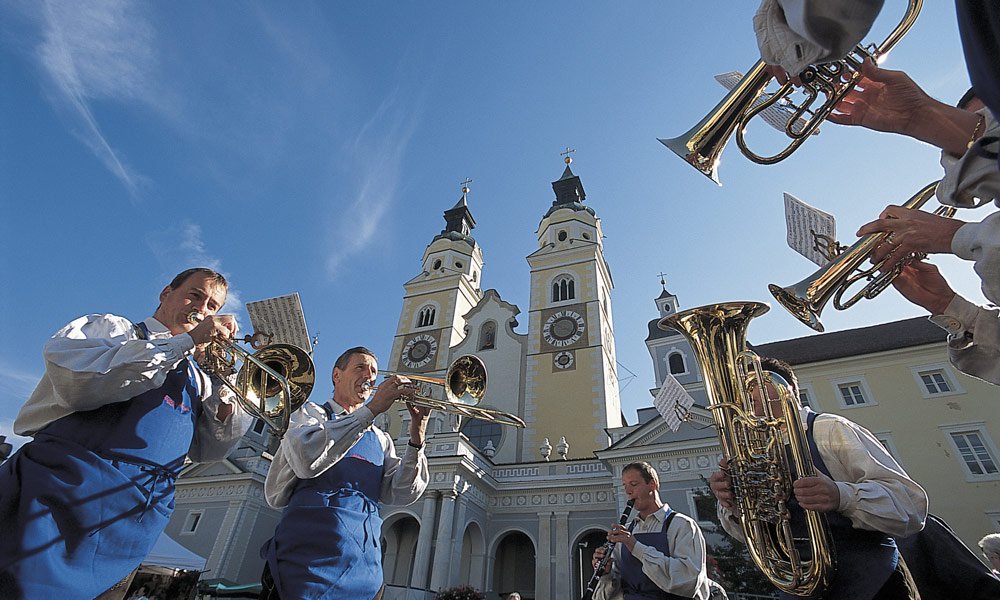 From the Hotel Kaserhof right in spring or autumn the former Episcopal town of Brixen is a visit’s worth. Discover the South Tyrolean city, visiting the Brixen Cathedral, the old town with its beautiful streets or one of its small cafes.

Express request
Online buchen
Offers
...all the offers
Almencard Plus

Arrive and know your way around: in our digital guest folder you will find informations, offers and recommendations for your stay with us... ...more
Gallery 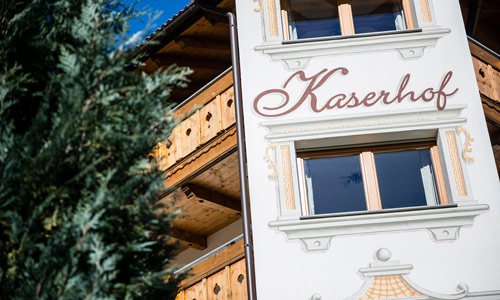 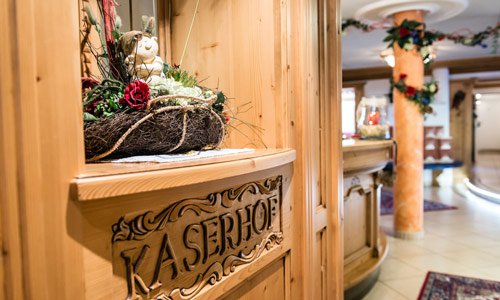 Send us your feedback! ...more